Menu
Log in
'Be a rainbow in someone's cloud'

The children discussed the issues that have arisen for young people in the borough. They were able to share these and listen to others from a number of Stevenage schools.

After the meeting, they were lucky enough to speak to Mayor Cllr Margaret Notley about Youth Council and how you can become a youth mayor. It looks like our members have high aspi...rations!

“It was great to go and represent Round Diamond. I felt very lucky and to be in the council chambers made it feel even more professional” - Roxanne

Thank you to Mr Biles, who transported them in the minibus and to Miss Mason and Mrs Mason for accompanying the children.

Pupil Parliament organised a  fund raising event to raise money for UNICEF. In a bid to promote the rights respecting award that they are working towards, the children introduced the UN Convention for children’s rights and encouraged pupils and staff to wear a onesie or pyjamas and raise money for the charity.

Thank you to everyone for their support we look forward to finding out the final total.

Use of nutritionists to check the value of food.

We change the meat so none are doubled up and repetitive.

The green option is vegetarian and sometimes vegan but vegans can have a specialised menu.

Have to have oily fish once a week as told by the government.

Regularly looking at the menus to follow guidelines and

Try and have some fun contents

Government sets the portion size and we are told by them how to maintain the sizes.

Hot liquids can be dangerous and can spill.

There was a pilot for starter instead of pudding but desserts were preferred.

We have to consider price and budget.

We have seasonal vegetables and have to look after the environment

16/11/2018 Thank you everyone for helping us support Children In Need. 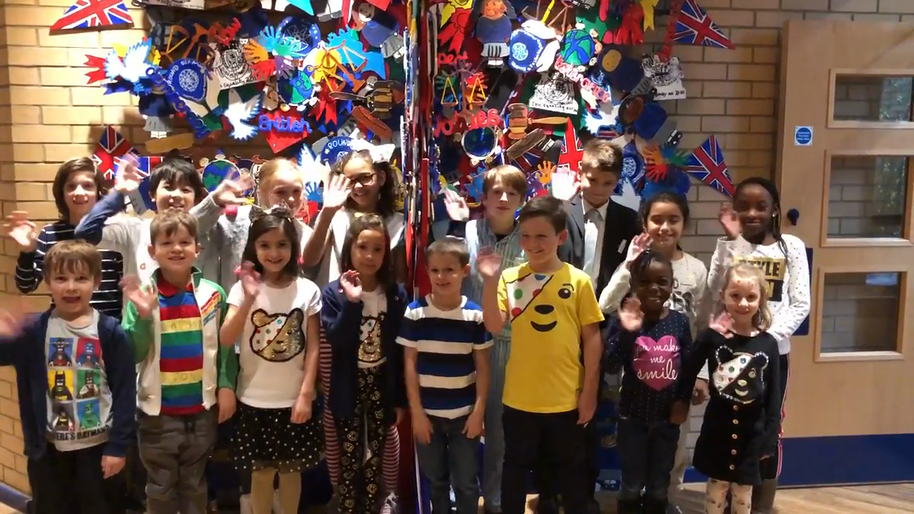 What a ‘spotacular’ day we’ve had!

Thank you to everyone who dressed up in their spots and stripes and supported children in need today. Pupil Parliament are very proud to announce that together we have so far raised £420.31 and there is still some money coming in. We will announce the final amount next week.

We have been supporting our troops by selling and wearing poppies. We were responsible for selling them throughout the school.

Members of Pupil Parliament carry out their termly inspection on the corridor displays.

They ensure that all expectations are m met and provide feedback to the teachers with the strengths and next steps.

Once again, there was a very high standard and it was difficult to award the winners.

They will be announced in celebration assembly this week.

This year has been very successful for Pupil Parliament. The children have worked extremely well together and ensured that all members of their own classes and their teachers were made aware of the discussions that took place.

This year they have helped organise a non-uniform day, attended Stevenage Schools' Parliament, visited the Houses of Parliament, looked after the school environment, carried out learning walks on corridor displays and had meetings with outside agencies that work with the school.

Everyone has played an important role and next year's Pupil Parliament will have a lot to live up to...but we are sure they can do it!

On Friday the 29 of June year 5 went to the Houses Of Parliament. On Friday morning  at 9:00am we left on a coach with all the other year 5 schools parliaments.

At 11:00am, we eventually arrived in London after a tiring 2 hour journey and waited a while before going through security. After security, we met a tour guide and she led us to the Houses Of Parliament where we went to the West Minster hall and we got split into 2 groups with a tour guide each. We went to the Houses Of Lords first of all where we saw a debate happening. We were also able to visit the Houses Of Commons and luckily for us there was no debates happening so we were allowed to look around more thoroughly.

Next, we had a workshop and we created our own law. Then, we had our lunch on the coach and everyone (especially the Round Diamond year 5s) were so happy that we could finally eat.

On the journey home, we played games  to make the time go by. We finally got back Roebuck school where our parents were there waiting to collect us from the lovely trip we had.

We want to say a big thank you to Miss Bacon for coming on the trip with us and making sure we had a fun but educational time.

from the year 5 pupil parliament.

Feedback following the meeting with HCL .

Following the new menu, we went back for further feedback for Hertfordshire Catering. The comments will be sent on to HCL, these included: 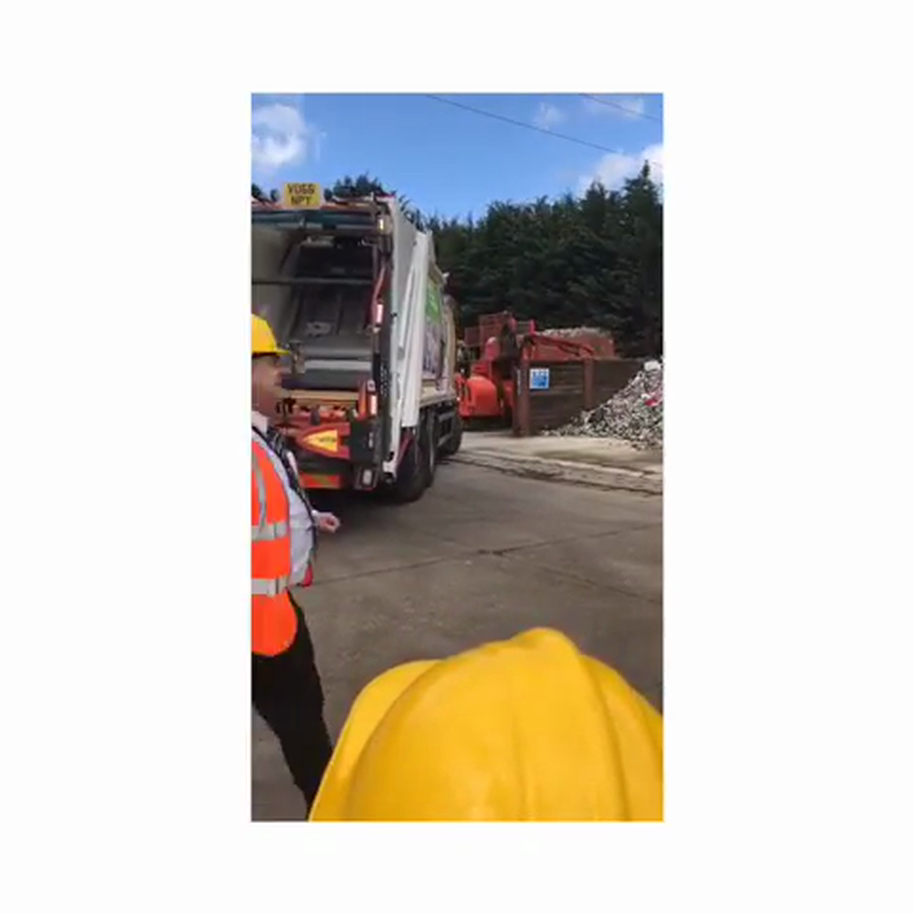 Pupil Parliament met with HCL representatives to discuss their views on the school menus. They shared the feedback they had collected from each of their classes and asked questions to understand how the menus are created.

They even iffered Round Diamond to be a testing school for the future!

Love in a box 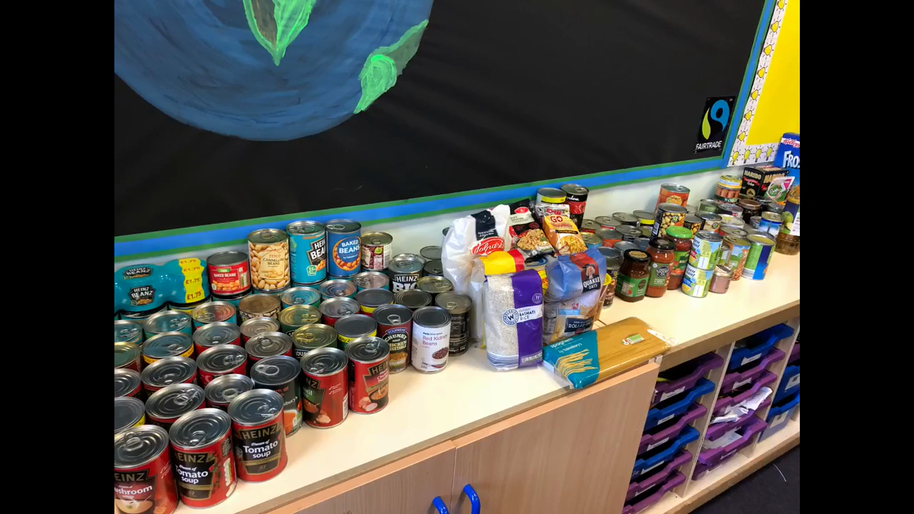 Love in a Box

Pupil Parliament organised the food contributions for LOVE IN A BOX. We collected the food and organised and sorted into different categories.

Thank you for all the food contributions. We hope these will make a difference to those visiting the food banks.

We are proud of our school environment and ensure we look after it. Our tasks include: tidying bookshelves, organising lunchboxes, returning equipment and checking displays are in good condition.

We were very proud to have raised £524.05 to support Jayden Nerr, an ex-pupil who is fundraising for surgery in America.

They spent the afternoon getting to know other members of the Stevenage Schools Parliament before they attend their first meeting in October.  They took part in a number of different activities including races, communication tasks and problem solving.

The children represented the school superbly and were a credit to Round Diamond.

As part of their continued work with Stevenage school parliament, Year 5 Pupil Parliament representatives visited the Stevenage recycling centre on Cavendish road. The children were first given an informal talk by one of the site coordinators followed by a tour of all of the facilities.

Here are some of the top tips the children brought back.

- When you recycle your green waste it is taken to a site where it is broken down. Did you know that on certain days each year the council offer this compost back to members of the public for free!

-When recycling plastic bottles please remember to squash them so that the refuse collectors can fit more recycling in each lorry.

-Try to ensure that recycling isn't contaminated - even the smallest amount of 'wrong' rubbish could be that the entire lorry of recycled rubbish is refused and has to be sent to land fill.

Pupil Parliament took part in 'The Big Litter Pick' on 10/03/17  joining, Miss Rowe, Mrs Mason (Parent Governor) and Mrs McAree (parent helper) on a walk into the local community to collect litter.
The children did a fantastic job and very sensible when collecting the litter - we have definitely made a difference!
A big thank you must also go to the Great Ashby Community Centre for allowing us to use their litter picking equipment.

In our role as pupil parliament we have put together an action plan of our aims for the year. Please click the link below.

This week in our Pupil Parliament meeting we designed a Pupil Voice survey. This is so we can get the view of the children in our school. We will then put together all of the responses and set some next steps.